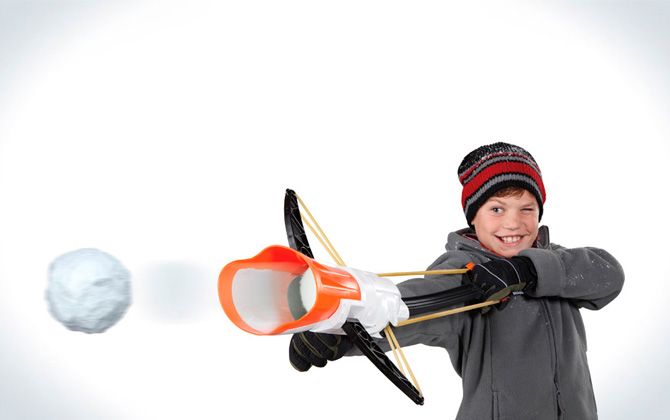 10 Best snowball launchers on the market in 2020: Comparison Table

A snowball launcher is basically what its name would suggest – a device to propel snowballs at greater distances, with more precision, and with greater impact. These devices are nothing new, as kids have been creating snowball launching devices for quite some time, many of them a variation on the old-fashioned potato gun concept.

Modern snowball launchers can either take the form of an exaggerated slingshot, using a cop and elastic band, or they can be fully automated trebuchet- styled devices which automatically fling snowballs in a chosen direction. Some are similar to automated Nerf guns, allowing one to pack snow into a chamber, at which point it’s formed and propelled through reciprocating springs and slides.

Snowball launchers are generally quite safe, rarely do they ever pack the snow to the point where it can cause injury, or even really much in the way of the discomfort. Be wary of people embedding rocks or other unpleasant things inside the snowballs, as this is a dirty trick that we all did his children, and with the extra velocity provided by a snowball launcher, could actually hurt somebody. Overall, though, this is just another way to have fun in the winter months, harmless and probably healthy.