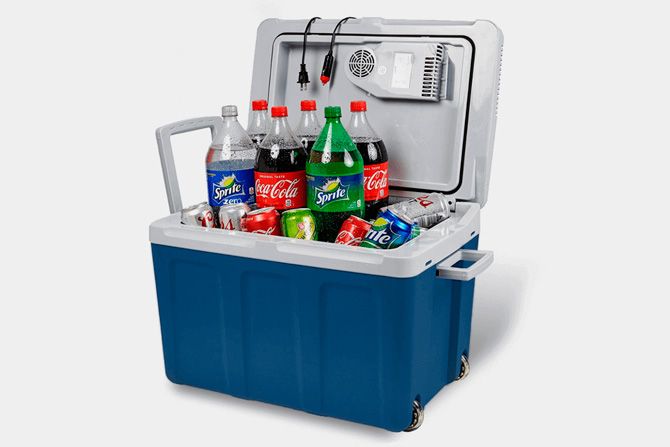 10 Best electric coolers on the market in 2020: Comparison Table

Electric coolers are, unsurprisingly, coolers that enhance the performance by use of electricity. Some of these are battery-powered, but they are traditionally wall socket powered and are essentially a compact version of a chest freezer or miniature icebox. Most of them utilize compression of either Freon or ammonia inside of pipes to produce the cooling, which means that they possess a compressor and a fan system.

Modern electric coolers actually do offer quite a few extra benefits, including lighting, a temperature monitor, smarter power management to reduce the strain on the battery when in use, and much more. While corded electric versions are far more common, battery-powered electric coolers have improved significantly overall in recent years, and are now very popular for camping trips, long car trips and so on.

The idea is to alleviate the mess made by packing ice into a traditional cooler, which does melt over time. This can ruin the food and makes an unholy mess that you have to drain periodically at rest stops. As this ice melts and also loses its capacity to keep the food cool, meaning that even if you pack a traditional cooler wall-to-wall with plenty of ice, there is a very immediate limit to how long your food will stay fresh.